An Ihm is a monster/creature that can be found wandering around the kingdom. They are special and, like Wiala and Miara, they will not die.

Ihms will eat anything left on the ground. You can sometimes find an Ihm Pie when gathering from herb patches but they will make you dirty upon being picked up.

Ihms can be taken to dungeons as a partner. It does not fight for you as a pet, but it will help you acquire more chests during exploration.

In any initial kingdom, there are twelve different Ihms, all sharing the same set of names. Their name will stay the same unless you change it.

An Ihm Bond will allow you to tame an Ihm as a pet. It will sleep in your house and come to you for food or a cuddle/pat. Pet Ihms can also be taken to dungeons and they will increase the number of chests you receive.

After you have passed down on to your next generation however, pet Ihms will become wild and you will need to tame it again using another Ihm Bond. This is also the only way to release Ihms back to the wild.

The Ihm Bond can be purchased for 10 gems in the Mobile version (paid item). In the Nintendo Switch version it is given out as rewards for completing quest (quest rewards).

An Ihm can change into seven colors: White, Pink, Mint, Ice Blue, Cream, Lavender, and Graphite. Talk to your pet Ihm while holding this item to change its color. The colors can be bought at the Amber trading post in the Mobile version, or as DLC in the Nintendo Switch version.

The default color of an Ihm is white. So using an Ihm Color: White will change its color back to white again.

Ihm Suits are costumes that you can put on your Ihms. It is obtainable from the Tailor Shop at random chance in the Mobile version, or from the DLC in the Nintendo Switch version.

There are a number of items in the game that are shaped like Ihms. They range from toys, costumes, or even food.

In the Nintendo Switch version there is an item called Ihm Snack. When you feed an Ihm using the snack, it will give you an item in return. Each Ihm can be fed up to twice a day.

It is highly recommended to feed the Ihms using the Ihm Snack, as they can give you some nice items that would otherwise only be obtainable by certain jobs. For example, the Flowers in the Temple Atrium (Acolyte) or Royal Green House (Royals). You will need the flowers if you want to complete certain quests given by the shops at Castle Street.

Ihm Snacks can be bought from the Work Store at Yano Market for 10 bea and 2 Phacos. 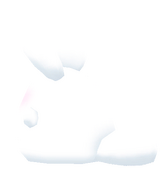 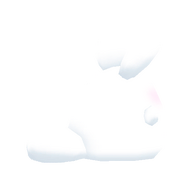 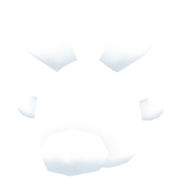 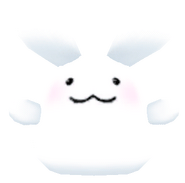